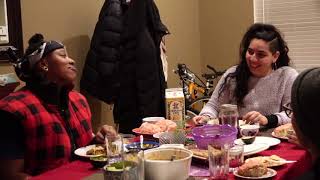 To understand what Veggie Mijas is you first need to be introduced to the founder of Veggie vegan nutrition , Amy Quichiz. Amy Quichiz is not what our society normally sees as vegetarian-based activist. She is a preacher in the sense that she leads a cultish vegan dogma in favor of open mindedness to many things not associated with being vegetarian. She practices more than she preaches.

What is Veggie Mijas?

And,  she is not your typical white, skinny, straight, rich kid that shops at Whole Foods that you think about often when you think of young women practicing veganism. She is anything but. Still, to say Quichiz is compelling is an understatement: The unique combination of her pleasent disposition, huge smile and the informed conviction of a not-yet-jaded leader of a movement has captured a huge audience who seem to buy exactly what she’s selling.

Veggie Mijas restaurant started out small, Amy Quichiz, 24, says the idea of creating a gay led collective for women of color, with a focus on veganism, began when she was a sophomore in college. It began to gain traction in January 2018 as a way to share recipes via Instagram and show others how to eat a plant-based diet on a very modest budget. Soon, Quichiz and her friend and  cofounder, Mariah Bermeo, 23, watched the grassroots organization now known as Veggie Mijas start to go viral in a matter of months.

At the time, Bermeo was on food stamps; it was one of the catalysts that led them to start organizing vegan potluck events using social media. As the group grew, the modest little potluck gatherings evolved into well attended panel discussions on topics such as food justice and how to plant your own vegetables and herbs.

As the group grew, there were yoga sessions and farm sanctuary trips that promoted mindfulness practices. A year and a half later, they have taken their online enthusiasm off the grid with a global community consisting of gay women, and folks of color in the States, as well as in Canada, Australia, and Peru, they all connect online and bolster each others wellness destinations.

Amy Quichiz, who is the child of a Peruvian father and a Colombian mother, wanted to create a space for more vegans like her; young women that were gay and of color to raise awareness of the positive impact that fruit and vegetables can bring into Black and Brown communities and to challenge the mainstream stereotype of what a vegan looks like: white, affluent, stretchy yoga pants wearing, organic eating, thin, straight females.

Veganism has always been centered in whiteness Quichiz says. Its important to have a space for minority folks, especially when we are talking about a vegetable based lifestyle, in which were often excluded from the conversation. About 600 publications have documented racial and ethnic disparities in health care.

When looking at the 10 leading causes of death in the U.S., for example, mortality rates among Black Americans are higher than among white Americans. Its no surprise why minorities, Black Americans and Latininos, are turning to a plant-based diet for more balance and better health in vegan nutrition.

People of color are still a minotiry in the vegan mainstream, Amy Quichiz used vegan nutrition to be the only person of color at vegan events she attended while in college and her white vegan friends who often scolded her for her decisions that didn’t comply with their ideas.

Many would shame her for not being a real vegan if she ate a free meal on campus and took the meat off the plate, she now knows, that it was simply privileged snobbery at work. That food shaming, at one time, made Amy Quichiz feel that a vegan lifestyle the her white friends enjoyed was out of her reach.

But contrary to the narrative, many Black and Brown communities are rooted in the notion of veganism for vegan nutrition. The movement often forgets to credit the origins of veganism; non meat eating cultures have existed well before the current Westernized diet trend.

Hinduism, Buddhism, and even Rastafarianism, developed in Jamaica, are just a few groups that promote a plant-based diet lifestyle.Lamb, beef, pork, goat, and chicken only came to Latin Americas indigenous native communities after the Spanish conquest. In PreColumbian times, many followed a plant based diet.

Although Quichiz says that eating whole non- processed foods, like her ancestors did, makes her feel better, she no longer punishes herself or lets others punish her for not being vegan 100% of the time. Instead of calling it a slip up, she recognizes shes making an intentional choice to not be vegan when she wants to. This mental shift has helped her improve her relationship with food.

Many vegans and vegetarians alike are turning to a flexitarian diet, focusing on protein that comes from plants instead of animal products, but allowing some meat and other animal-derived foods, like dairy into the diet, when needed. Slipping comes with the context of being pressured to be vegan at all times, at all costs, no matter what, Quichiz says. “If there is no access to vegan food at that moment and I am hungry, I will eat it”, she says

Black and Brown communities are often thought of as food wastelands, areas with limited access to nutritious and affordable food, and understanding the circumstances of why someone can’t be vegan 100% of the time is important to the Veggie Mijas mission.

Veggie Mijas serves as a resource for recipes with items you may already have in your pantry or might be part of your diet already like rice, avocado, plantains or beans. Veggie Mijas ethos also translates to their events, where vegan or not, all people of color and sexual preference are welcomed if they have a willingness to learn.

People think veganism can be very elitist and snobbish, which it can be if you’re buying all these fancy expensive products at Whole Foods while wearing your yoga pants that have never seen a yoga studio. But if you are  looking for a plant-based lifestyle, it’s not that hard, Quichiz says.

Much research recommends a plant-based diet, not necessarily fully vegan. For a healthy, balanced diet, we just need to incorporate more fruits and vegetables and consume less red meat as protein, opting for nuts, beans, fish and poultry, all great protein sources. But most of us do not eat right, increasing the risk for diabetes, heart disease, and even certain cancers. We all know that obesity is a problem here in the U.S. and in westernized countries.

People think that veganism can be very elitist, which it can be if you’re buying all these fancy products. But if you are just [striving for] a plant-based lifestyle, it’s not that hard, Amy Quichiz says.

Inspired to get into veganism by her Latina friends (and admittedly, after watching a documentary called Earthlings, about how humans use animals for their own benefit), her reasoning for transitioning into the lifestyle are many. Being vegan to her aligns with her core values: feminism and protecting the environment, and the core value of feminism is equality for all. To Quichiz, Vegan feminism extends the circle of intersectionality to include farmed raised animals.

At any Veggie Mijas restaurant event, you can find people with different reasons for cutting down their dairy and meat consumption, but they are all equally respected within the group. Veggie is a collective that features a complete spectrum of diversity in the group including race, gender, and sexuality, Veggie Mijas is a safe place to discuss an important part of their lives: food, in a place without judgement, thanks in part to the fact that its founders, and most of their organizers, are gay and are part of a minority. It is made by them and for them; para y por el barrio, as they like to say vegan nitrition .

In challenging white mainstream veganism, Quichiz wants young children to know that they have options as far as the lifestyle they choose. Veggie offers educational workshops on veganism and the impact children can generate. Eating habits start from an early age, so Veggie vision is to instill a strong sense of food values in elementary-aged children and teenagers by empowering them to eat healthy. There is a direct line to the entire community, who Quichiz and her cohorts in Veggie Mijas can influence and support.

Amy Quichiz and veggie migas have now done workshops at schools in the Bronk, Manhattan and Brooklyn. At the end of each workshop, they give students copies of their cookbook, Casa Verde, which includes Dominican, Venezuelan and other recipes from Latin America. The hope is that the parents of the children they are teaching can also feel inspired to cook healthier meals at home. We also recommend The Complete Vegetarian Cookbook.

We underestimate children of color a lot, especially when it comes to their food choices. We think that all they eat is junk food but we don’t see the options that we are giving them, Quichiz says. We don’t see beyond what they can eat. If you offer them foods that make them feel good, they’re going to choose that most of the time.

You just have to give them a chance. And it doesnt mean cleaning out the refridgerator and abandoning all cultural staples that are not vegan. Quichiz advocates starting by veganizing each familys favorite dishes. Papa a la huancana boiled potatoes in a savory, creamy sauce is one of Amy Quichiz’s favorites; her mother has kept it in their family’s meal rotation by subbing in vegan ingredients that mimic the richness of cheese.

From the Featured Video:

veggie Migas is a platform for Women of Color to share cultural vegan/vegetarian recipes and provide safe spaces for Vegans of Color. Mujeristas Collective had the opportunity to interview the founder Amy Quichiz and she shared her journey as a Colombiana-Peruana vegan.

Frausto grew up exclusively exposed to mainstream veganism, veganism that excludes people of color and erases their historic ties to the topic. Through organizing with Veggie, Frausto and other people of color have found a place in the vegan community in the midst of the erasure. 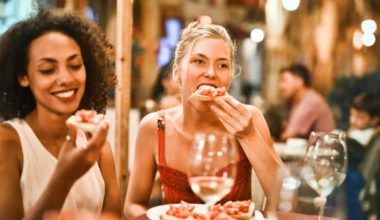 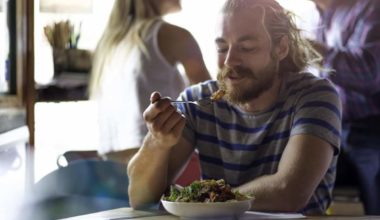 Read More
Table of Contents Hide Is There a Vegan Alternative to Regular Sweets?What Are the Most Important Ingredients in…
DDiets 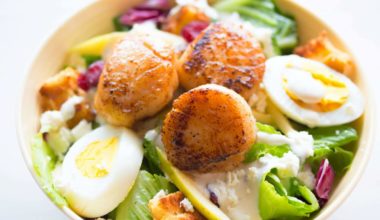 Read More
Table of Contents Hide The boiled-egg dietBenefits of boiled eggsWhat to eat during the egg diet?What to avoid…