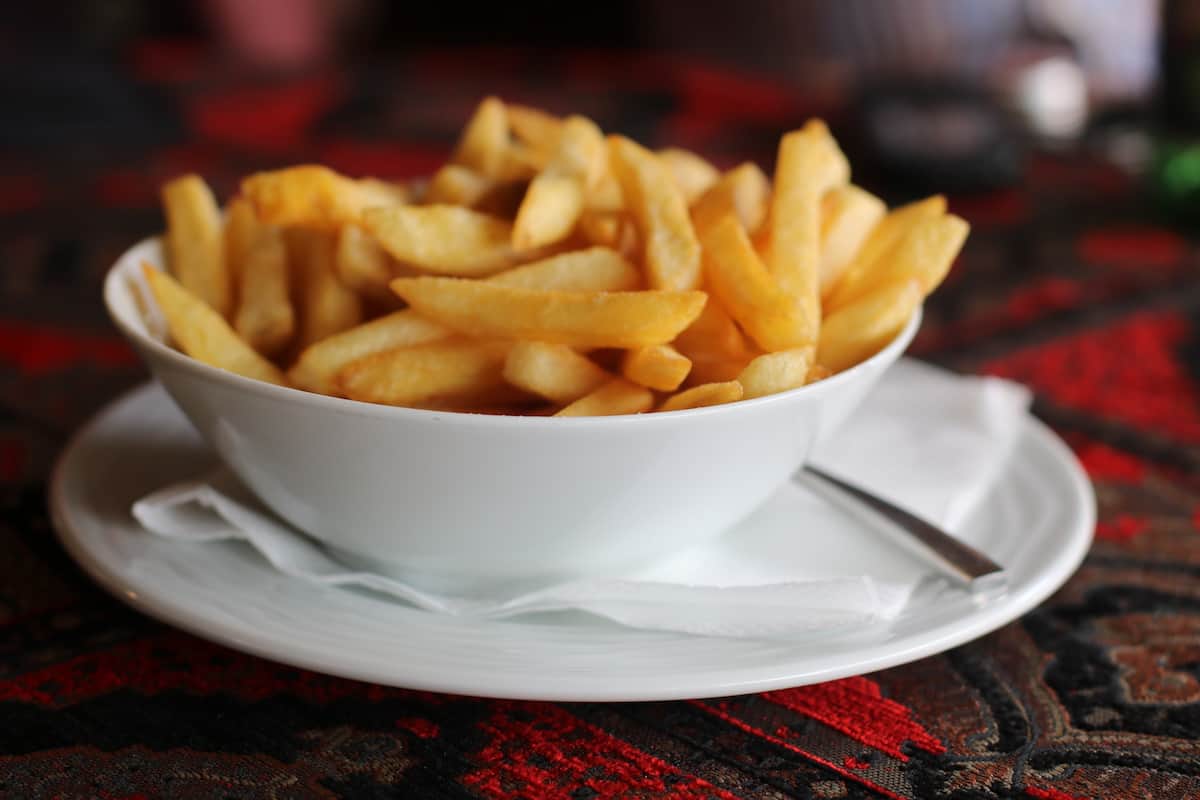 Pretty much everyone loves a freshly cooked batch of french fries, the question is how can you make them the best that you can? Perhaps use some of the best potatoes for french fries or bake them instead of frying?

When making french fries there are a lot of things that go into it, like the frying itself and the actual ingredients used. Another question you might have to ask is are french fries vegan? Or do french fries have gluten? Preparing a nice side dish for possible guests that might not be able to eat it is a waste.

With that, be sure to continue researching topics discussed here as they will lead you to more in-depth and straightforward guides rather than dance around with hypothetical situations that might make you ask a different question. 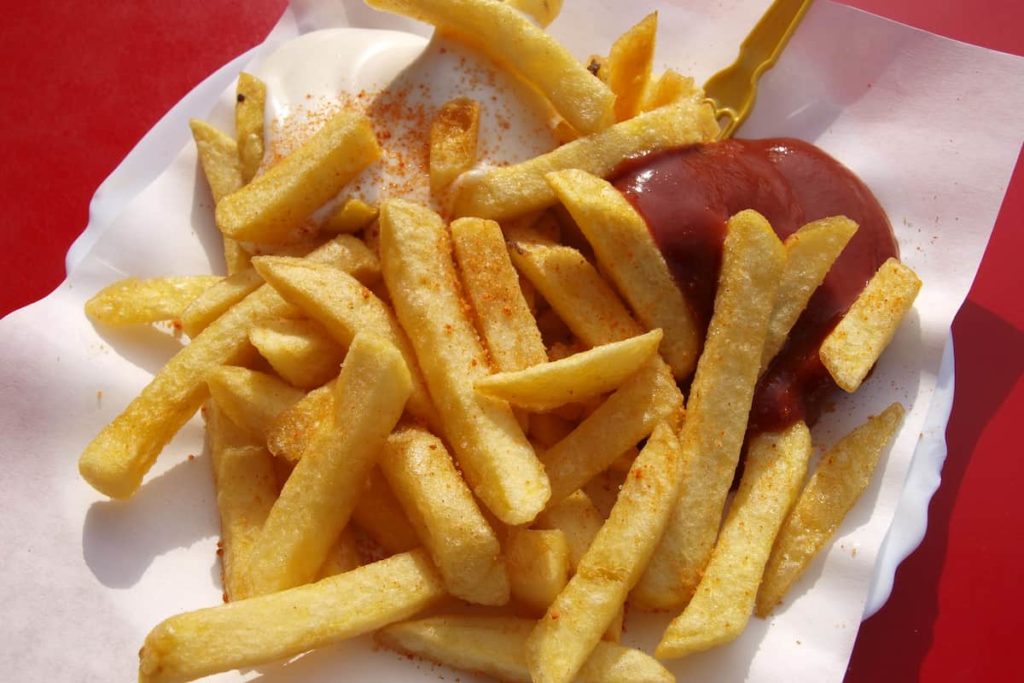 Beyond the obvious reasons like them being fairly high in oil or fat content as well as being quite salty at times, there might be some concerns when it comes to consuming french fries.

The answer to both is that they’re fine as french fries can be made with no animal products and there are small enough amounts of gluten in potatoes that anyone with a gluten intolerance won’t be affected. Keep in mind though that if you do eat french fries in a restaurant, you may want to ask what they use or how they prepare certain foods. As with McDonald’s’, their fries are cooked in beef fat to give them that extra flavor and stand out among all the other fast foods. Unfortunately, this makes McDonald’s fries not fit for vegan consumption.

And depending on how a specific restaurant prepares its fries, they can contain gluten. Why? Depending on how they prepare their food, there might be cross-contamination with gluten-filled products.

Another scenario is if you buy premade fries that just need to be fried. Since these are the types of fries that are ”extra crispy” or beer-battered” fries, they do indeed contain gluten. So for anyone concerned with the question “are french fries vegan?” or “do french fries have gluten?”, these are things to keep in mind.

Every restaurant you go to, they try to elevate this classic fried side dish by adding some spices, extra ingredients, monitoring temperatures, and so on. But the two most important things that can help deliver the best fries are the potatoes and oil you use. 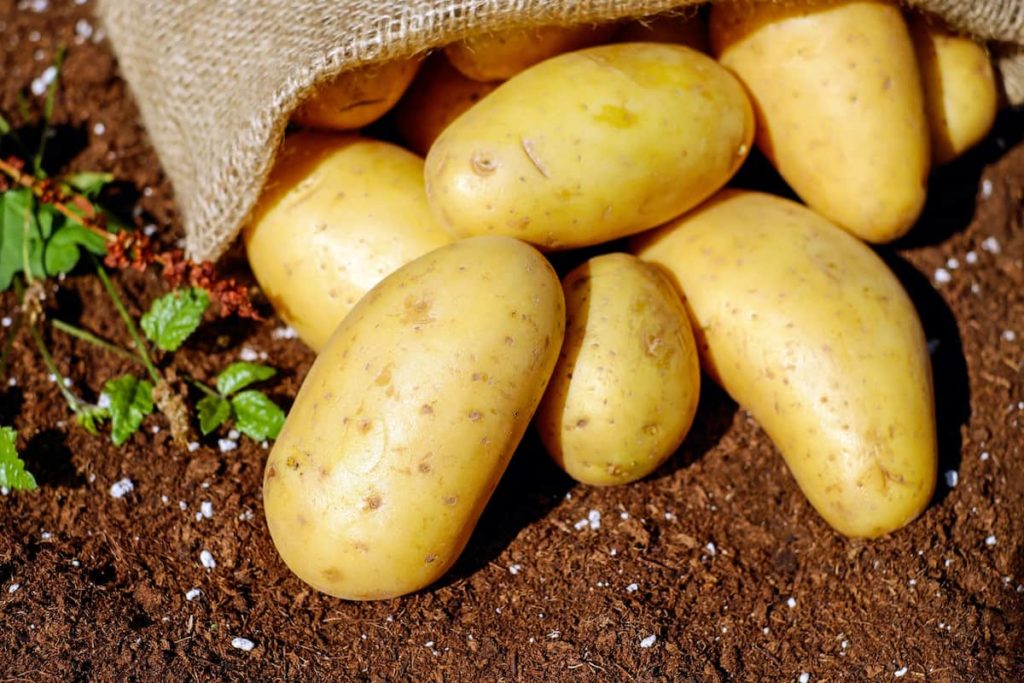 Now that we’ve gotten possible issues out of the way the best place to start is with the ingredients, finding the best potatoes for french fries is actually quite simple.

So spend time trying out several local potatoes as you might find your best potatoes for french fries a lot closer than Idaho for cheap and you’ll be supporting the local farm too. 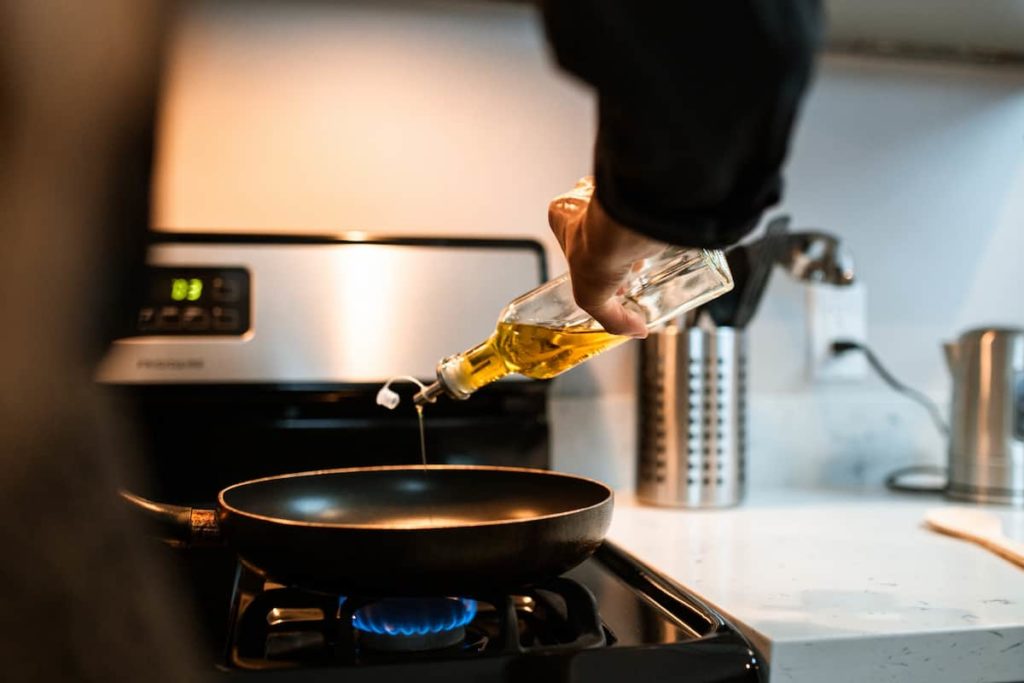 For this section, we’ll specifically be referring to french fries recipes that do the dutch oven double-fried way of cooking french fries as this yields the best results when it comes to taste. Again with the “best oil for french fries”, it partially depends on what matters to you since at the end of the day just some regular vegetable oil is more than good enough.

If you follow french fries recipes that focus on a sauce or particular way of seasoning, you will realize that this is because vegetable oil is very neutral in taste. If you use other cooking methods like pan-frying, then something like olive oil is a bit better considering that it does impart the olive flavor to your fries afterward.

If you want a healthier or just a different method of cooking french fries compared to the dutch oven double-fried method, then here are more unusual ways. A note to this is when we say unusual we mean beyond ovens, pan-frying, and deep-frying, the deep frying more just because that is very space and resource-intensive. 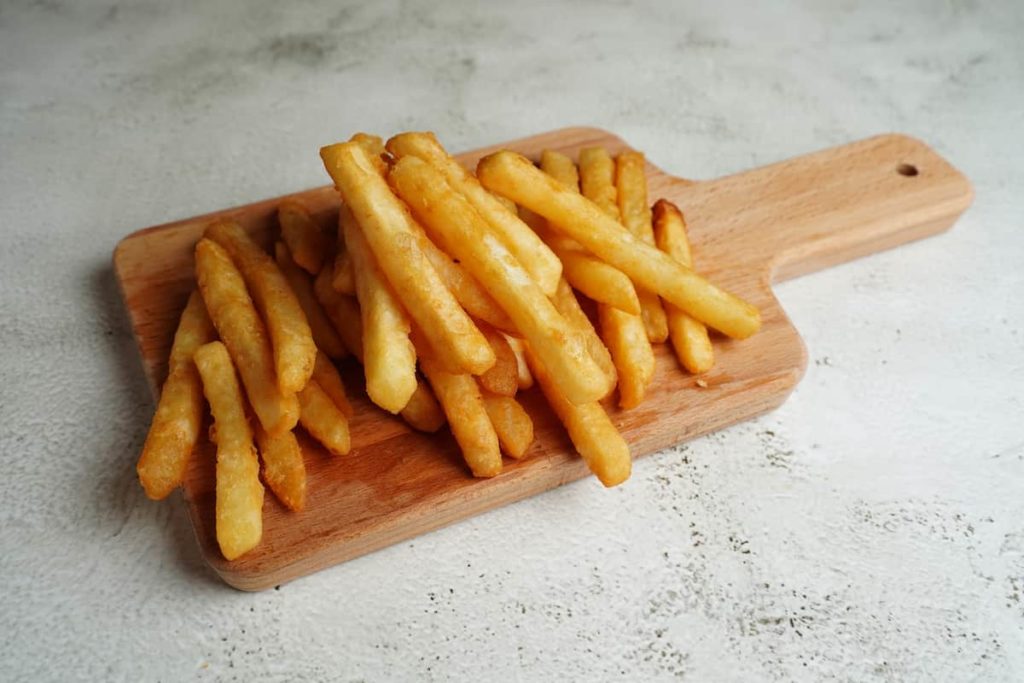 You’ve probably already heard of air fryers before, but how do they work? And how will it affect your french fries?

Well, a quick explanation for those familiar with general kitchen appliances is it’s basically a countertop convection oven. Keep in mind though that because of a few aspects, it is closer to frying your food compared to baking them so you can’t quite make bread in it even if you tried, or at least without making crispy bread.

A bit more of an in-depth look into it and you’ll know that there is a heating element and a powerful fan near it. After placing a bit of oil and the food into the basket provided, turning it on a strong wind will push the food around heating it while making it crispy as the rapid hot air circulation cooks it. So basically it’s not quite “frying” the food as it’s the wind and heat of the wind that causes the exterior to get all crispy. So using an air fryer with your fries will lower the number of calories as it uses less oil. But the “fry” that happens leaves mainly just the exterior having that crispy texture and the inside is a bit more starchy and potato-like still. And even when using the best potatoes for french fries, this might still be undesirable if you want results that are the same as frying or baking the fries. Although the reduced calories, hassle-free cooking, and cleaning, as well as saving you money on oil might be enough to sway you over, you might not mind the difference in texture that much.

Weigh it between convenience and fewer calories, or a better taste, more work, and a few more pounds on top of all that. 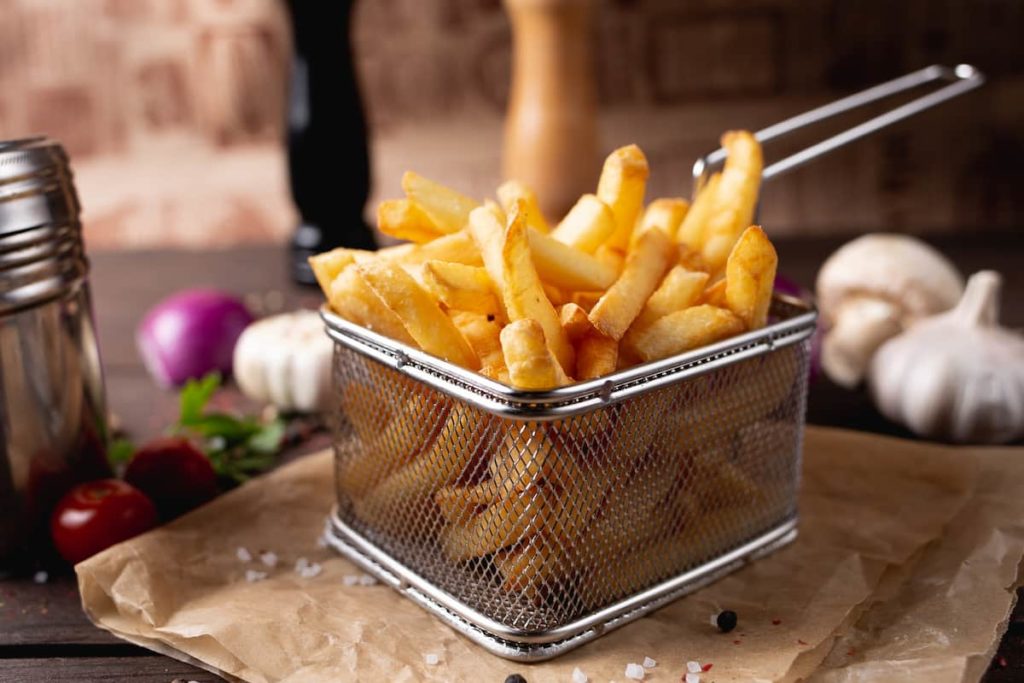 We know what you’re probably thinking, you excluded deep frying due to the size, cost, and overall inconvenience but included grilled french fries?!

And yes preparing a grill that’s set up outside, especially if you don’t have much space or just don’t have outside real estate is either difficult or impossible. But the preferred setting for something like this is a barbeque, so out camping or hanging out with friends at a park you’d still be able to do this. This will also add another recipe to the list when going to a barbeque with friends or family.

Firstly when grilling french fries, you will have to use a pan on the grill as the unevenness of a grill’s heat plays against cooking french fries. Next is you’ll want thin-cut fries, preferably at around ¼ of an inch, this is because it is hard to pan cook fries let alone when they’re on a more uncontrollable heat like a grill.

Keeping the fries thin is a good idea to make it so that they’re all at least cooked properly even if they don’t look like they’re at the perfect spot yet. You will also need to soak the fries in cold water for about 10 minutes and they must be left to fully dry afterward. After this, be sure to oil the pan generously and cook them flat on one side for 12 minutes, after which you can start flipping them more often until done.

And what do you get for all of these instructions and specifications? Well, you get a bunch of pan-fried fries with a bit more of a smoky grill taste. So sort of what you would expect when mixing these two together. Still, it offers a slightly different flavor to normal methods of preparing french fries plus you can share them with everybody else on your trip.

Now we know we said that we’re looking at other methods of preparing french fries so why one using a dutch oven again? Well, we feel the use of duck fat is quite unusual enough to go into this section.

The preparation is pretty much the same, blanch the potatoes and prepare the oil. Once heated up, put the fries into the oil and mix occasionally to prevent sticking. And when they’ve started to brown, put them down on a tray with paper towels and salt them. The only difference is using duck fat rather than regular oil.

The main thing this does is make them much crispier in the same amount of time when cooking. They will also be less golden and browner due to the oil itself but it still cooks the same.

Pair the superior texture with its flavor just popping out more and you’ve got a killer dish. Another plus is that duck fat can be stored and reused more easily compared to other oils. This is great considering that duck fat is expensive in parts of the world.

As with most things in life answering the question of what is the best *insert whatever* is subjective when put under the realities of circumstances.

There are several things to look out for when it comes to the best in french fries at least. Just some general recommendations would be to avoid pre-cooked fries when pan-frying or doing grilled french fries. As they are more fragile and these ways of cooking take longer and put more strain on the fries as you mix them around.

Another is to keep the fries thin, as in most cases this will yield a better result. Doing thick-cut fries should be reserved for deep frying and baking the fries. When it comes to what is the best medium to cook them through, it depends on the situation. You may want crispy fries when watching a movie, something to munch on. Or duck fat fries with friends when downing a beer for more flavor.

Although air frying isn’t the best in terms of taste, perhaps the cost of the oil is actually too much of a burden as to which air frying solves that problem and more. And in a situation where all you care about is making the best fries, you can try and experiment with everything. With the last example, just changing the oil out with certain animal fat can drastically change the taste, look, and texture of your french fries. So keep an open mind when trying to find that perfect way of preparing french fries, as you’ll never know what works if you don’t try it.

Restaurant Vent Hood Cleaning: 5 Tips For Keeping Fats, Oils, and Grease Out Of Your Commercial Kitchen

CBD For Dogs: What You Need to Know 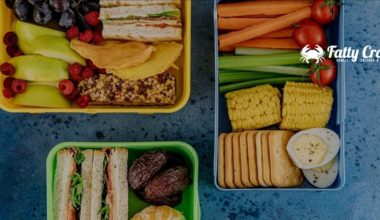 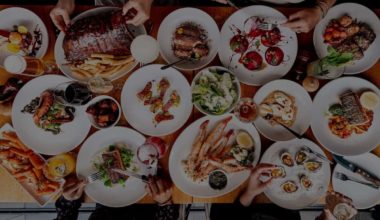 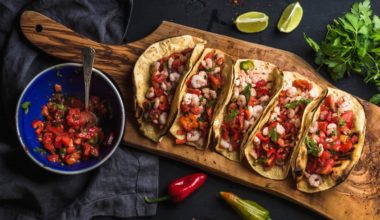 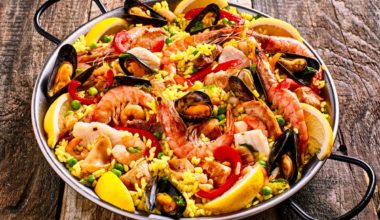 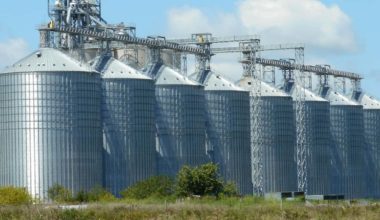 Read More
Table of Contents Hide 1. What Are Food Grade Hoses?2. What Are the Properties of a Food Grade…
FFood 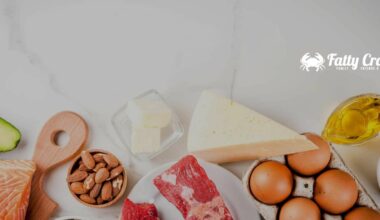